The enquiry for this load cell was initially received by telephone, following a review of the products we had available on our website. The enquiry was from a well known and large oil rig and offshore platform manufacturer, based in the United Arab Emirates.

Their requirement was for 250te shackle load cells for a particular forthcoming project. However, due to budget constraints, they needed the solution to offer versatility for any future projects, so that the load cells could be re-used. 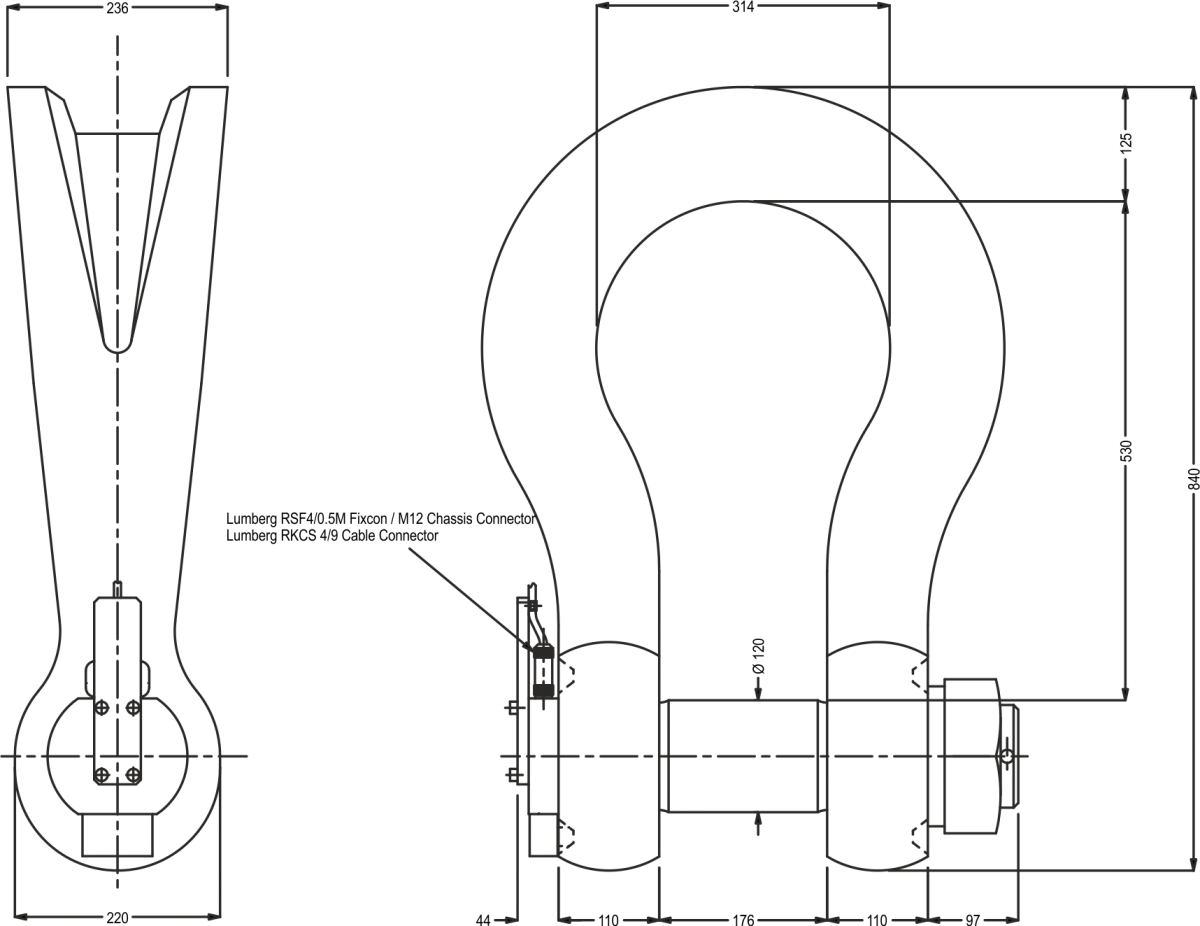 The LCM3503 was designed using the standard SHK-B load cell as the basis of the product. Using our experience, which has been gained from more than 25 years experience in manufacturing load cells for harsh environments, we were able to have this custom product designed and manufactured in 5 weeks.

The LCM3503 is typical of many of the custom design products we manufacture, in that, our client identified a standard product from our range, which they thought would almost met their requirements. In discussing these requirements with our Engineers, we ensured it did.

LCM Systems offer a wide range of standard shackle load cells and also have an extensive selection of custom design versions, which could also be used to satisfy other applications. Many of these products are supplied with our TR150 handheld battery powered indicator, with built in analogue signal conditioning, digital outputs or with wireless telemetry.

We have manufactured shackle load cells based on many different shackle manufacturers' products, including; Crosby, Van-Beest, GN Rope to name a few.