We were contacted by a leading Canadian aquaculture company who were looking for a monitoring system that could log the tension in mooring lines that anchored tanks used for the farming of salmon to the sea bed. They had seen the SHK-B load shackle range on our website, but as it would be located at a depth of around 4.5 metres, needed a special subsea version. An initial system was required for testing purposes (carried out in a tow tank), but if successful multiple systems would be fitted to the fish tanks out in the field. The requirement was to monitor the loads on the mooring lines to check that they did not exceed safe operational limits, particularly during severe weather conditions.

A data logger was required to record measurement readings from the load shackle, which as well as being suitable for long term submersion underwater, also needed to be able to operate unattended for long periods between retrieval of the monitoring system for data download. LCM System engineers designed an IP68 enclosure for housing the data logging electronics, which was simple to open to facilitate easy access to the SD card and to replace the batteries. Lithium batteries were chosen to provide maximum battery life (around 90 days) and the data logger chosen featured low noise, high resolution and low power consumption, with the provision for 2 readings per minute. Data output was in Excel format for straight forward importation to a PC for analysis.

The enclosure was connected to the load shackle via a 1 metre cable and housed within a float to keep it away from the mooring lines, to avoid any possibility of it becoming entangled during stormy seas. 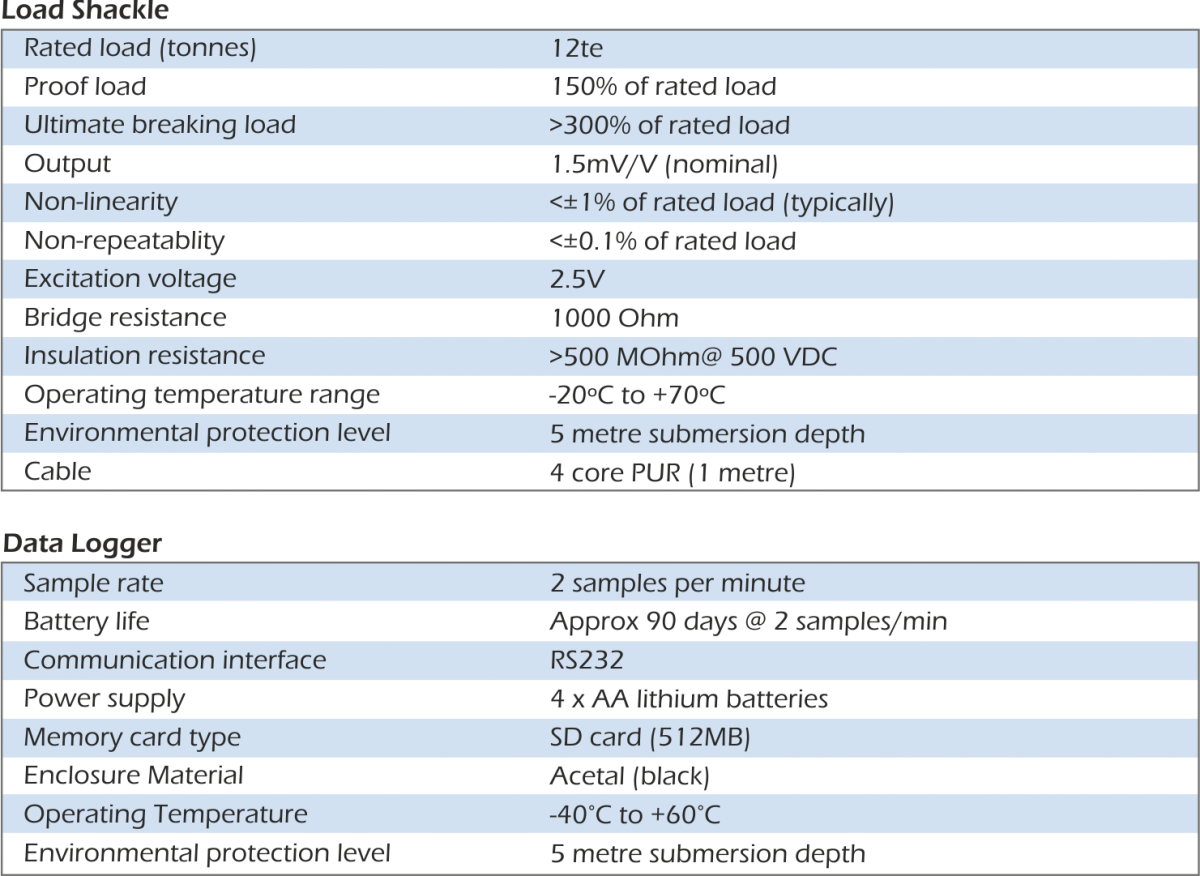 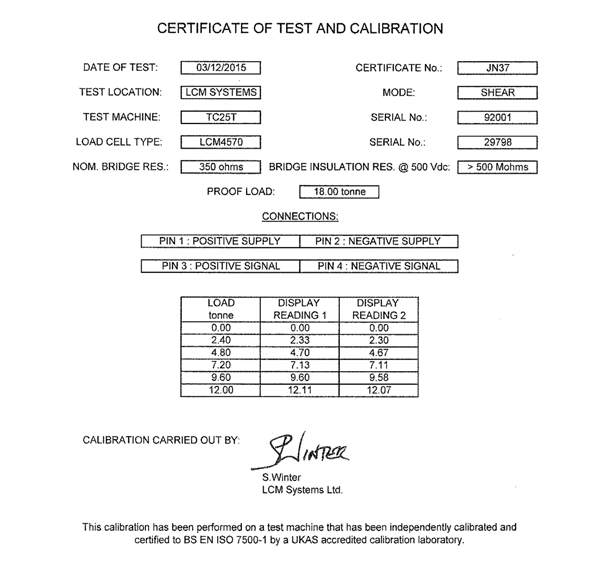 This project involved a staightforward modification to our standard SHK-B 12te shackle to make it suitable for subsea use. However, the submersible data logger was more of a challenge, as our engineers had to source both a suitable data logger and design an enclosure that would meet the requirements of the application. The time taken in our engineering department for the system design was two weeks, which meant that we were able to despatch this custom designed system just six weeks after receipt of the order.

Providing one-off system solutions is our speciality here at LCM Systems, and our team of experienced engineers are always available to provide advice and support on specific project requirements.