This enquiry was received from a bespoke solutions provider to the Canadian heavy lift and transportation market. Primarily supplying to the oil, energy, mining and petrochemical markets, their capabilities include jacking, lifting, weighing, ballasting and transportation. They operate a fleet of heavy lift cranes with capacities from 50te to over 1000te.

The requirement was for 55te telemetry load shackles that could function in the sub-zero temperatures of the Canadian winter, so had to be robust enough to operate consistently in temperatures as low as -40°C. The customer had seen our standard TELSHACK-B load shackles on our website, but as they are rated to -20°C, were not quite suitable. Utilising over 30 years of load measurement experience, our design engineers were able to adapt the design to make it suitable for their requirement.

A total of 14 load shackles were supplied, which were fitted to a lifting beam to enable load testing to be carried out. Suspended from a 750te crane, the load beam has 14 sliders along its length, each of which were fitted with a load shackle. Any number of sliders can be used for a lift, depending on the size and weight of the item being lifted. The sliding mechanisms enable the lifting strops to be positioned in such a way as to ensure the load is evenly distributed along the length of the lifting beam and that it is evenly balanced.

For the purposes of testing the beams load capacity, a number of counter weights were lifted and the resulting loads recorded. The photograph below shows two load shackles in use, but over the course of the tests all 14 were in operation. 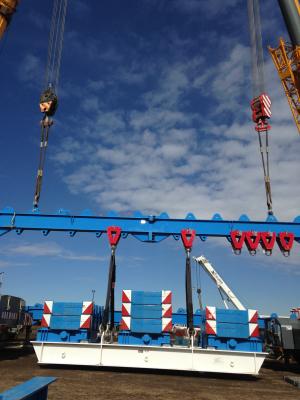 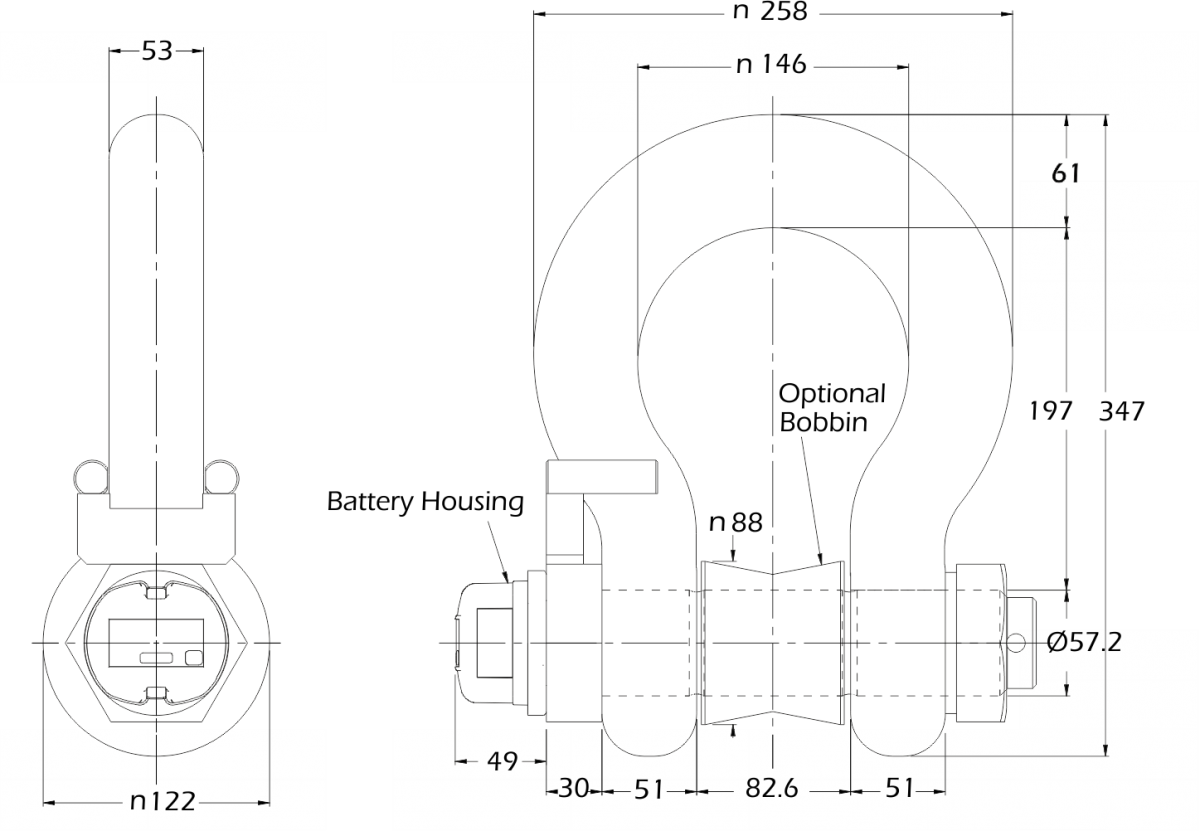 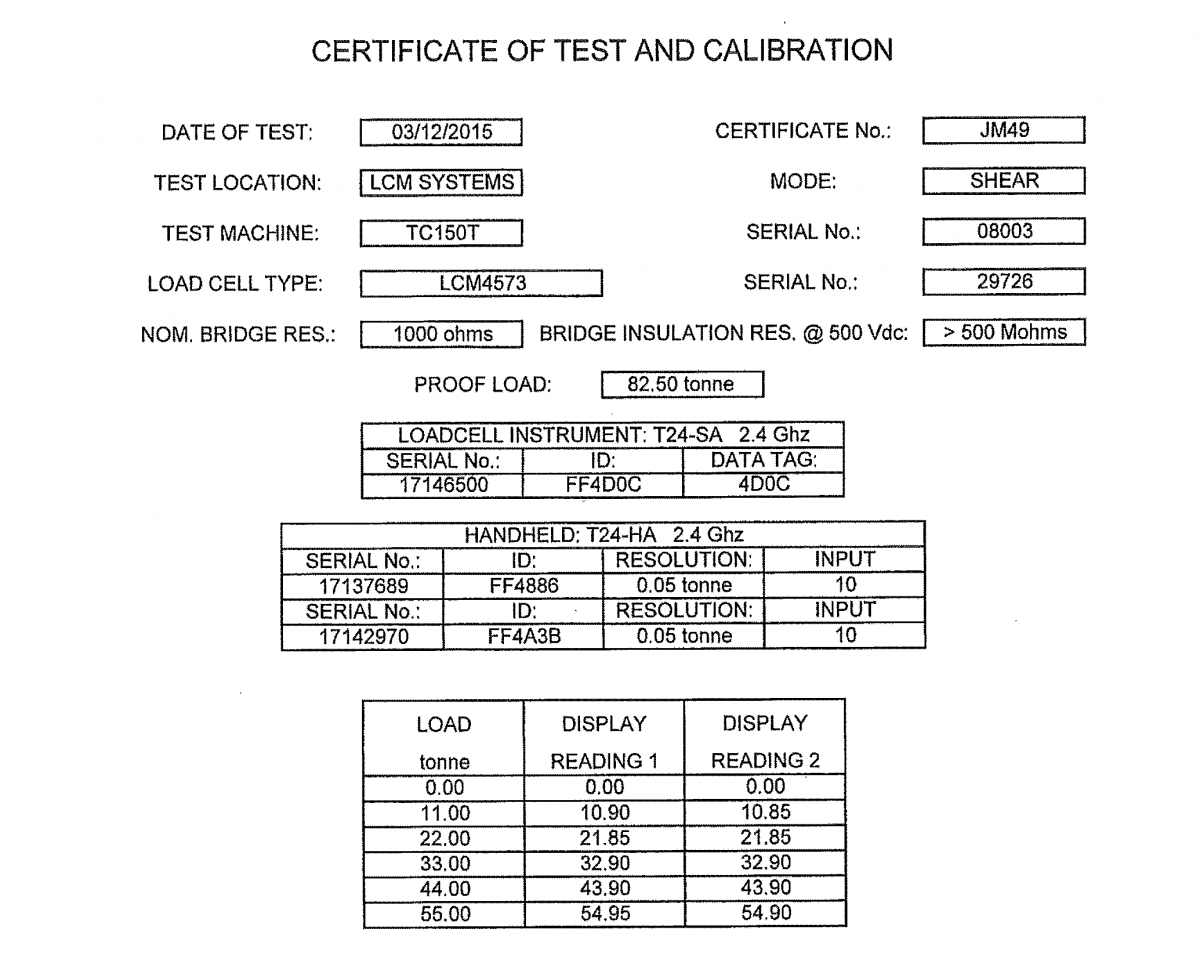 The LCM4573 telemetry load shackle was designed using the standard TELSHACK-B range as a basis for the product. Utilising our 30 years of load measurement experience we were able to have this custom product designed and manufactured in 6 weeks by replacing some of the key component parts with variants that had lower operating temperature ratings than the standard load shackle range.

The load shackles operated satisfactorarily during the load tests in temperatures of around -30°C. The customer subsequently ordered a further 14 shackles for the testing of an additional lifting beam.